A wrinkled page, smelling of pickle and sulphur. You have found my publications list, each paper is accompanied by a description of the arcane magics within. They should be appreciable by visiting wizards of any school of magic. If your area of arcana matches mine, mind that this will be rife with generalisations, and be sure to inspect the original tomes for a more rigorous account. 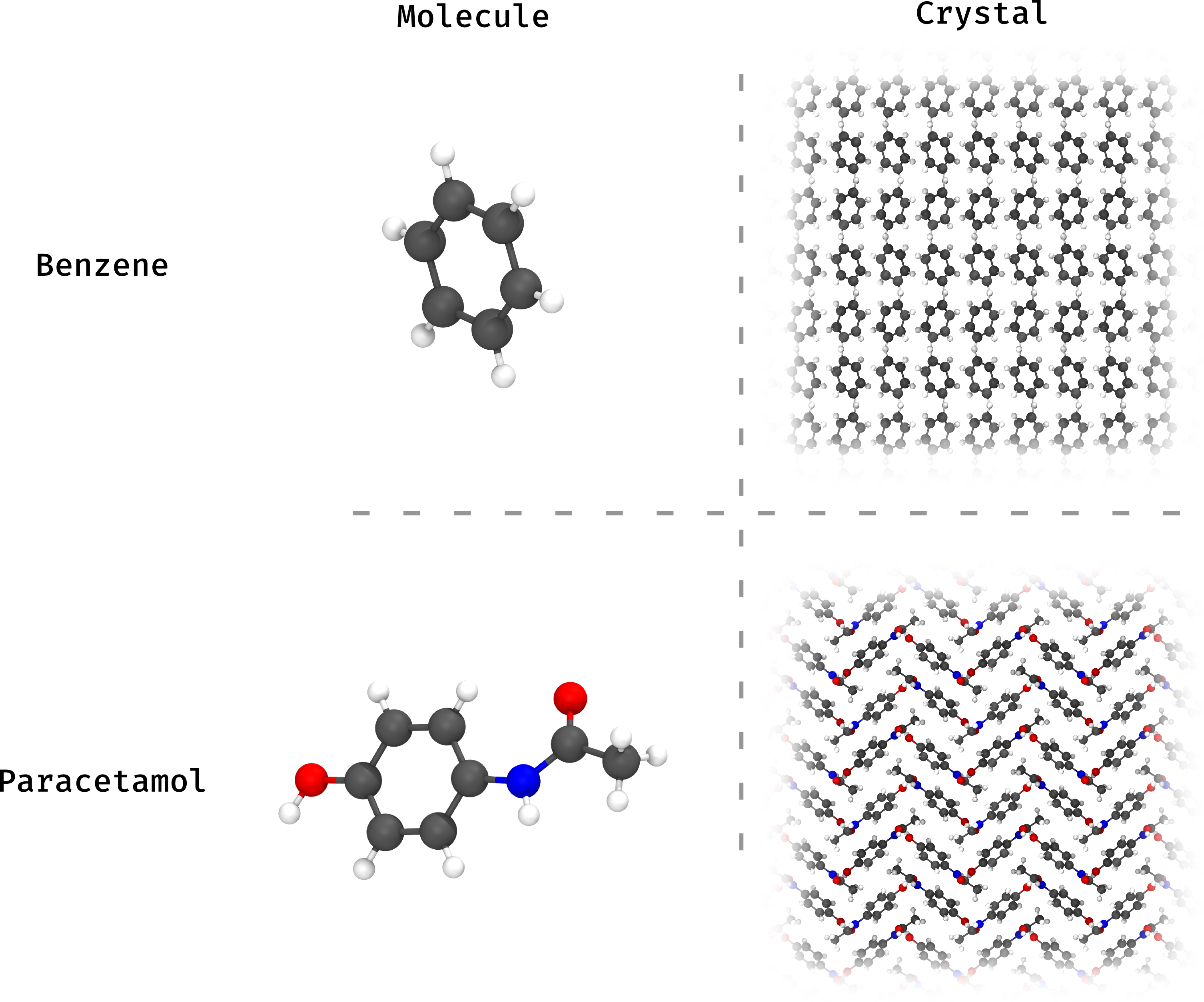 Organic molecular crystals have many applications, and I am in particular interested in their uses which have to do with light. They are used as materials for lasers, solar pannels, electronics, sensors in the bloodstream for medical applications, and LEDs (you might have heard of OLEDs). These materials are light, sometimes flexible, and made up of very common atoms, making them more sustainable than ones which require rare elements.

In order to discover and design them, it is extremely handy to be able to model them on a computer. This way, instead of spending millions of hours and chemicals in a lab trying out different experiments, you spend hundreds of hours and coffee pots in front of a computer, trying out different calculations. Once you have narrowed down some nice candidate, you can send over the recipe to some experimental chemists, who can actually build the thing, and hopefully build some new material.

My role in this picture is to write the programs which model the crystals in question. I design the mathematical tools to model the quantum physics of light interacting with the material, and then translate them into computer programs, which supercomputers are able to understand.

To find an up-to-date list, you may peruse my Google Scholar.